With the begining of the summer, other not very pleasant inhabitants of the planet appear – snakes. In this regard, in the article we will look at where in the world there are no snakes and going there, we can rest easy. 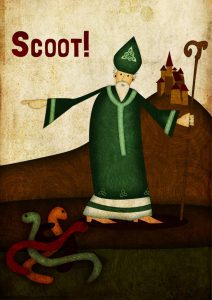 First of all, it is Ireland, contrary to all expectations. Legends say that the patron saint St. Patrick has something to do with the absence of snakes. In his youth, the saint was a slave on the island, but later, after becoming a priest, he returned to convert the Irish people to Christianity. He indulged in a 40-day fast and prayer on top of a rock, and at one point crawling reptiles began to attack him. St. Patrick became angry, drove them out, and forbade them to fly to Ireland. However, the truth is that although St. Patrick has done a lot of good things, this is not one of them due to the fact that there have never been reptiles in Ireland, and the proof is a study done by National Geographic in 2014. It turns out that scientific research on the remains of animals on the island did not reveal bones from snake skeletons. The explanation is that thousands years ago, all the islands to the west of the Old Continent today were too cold for reptiles. About 10,000 years ago, as the glaciers shifted and melted, the piece of land that today connects Ireland, today’s Britain and Europe sank, and it took nearly 2,000 years for Britain to become an island. This is the reason why there are reptiles in some parts of the island, but not in Ireland. There, the only representative of the reptiles is the local lizard. 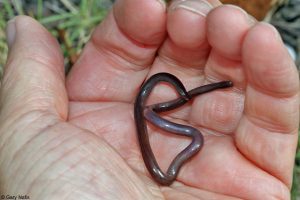 Another destination that boasts a lack of snakes is Hawaii. The reason is similar to that of Ireland – reptiles could not migrate because the way to reach the Hawaiian Islands, which are geographically an archipelago, is either to fly over or to cross the Pacific Ocean. That’s why Hawaii is an exotic country with rare species of birds and animals – they are the populations that would fall first as victims of snakes, if there were any. Some would question the accuracy of the information because there is evidence of a snake presence in the archipelago. The reason for this is illegally imported snakes in regular luggage or by mail. In 2013, two were discovered – a python and a boa, and three years later, in 2016, a python was discovered again. If there are snakes on the island, these are extremely rare yellow-bellied snakes – sea reptiles – which as such are very poisonous. They do not pose a danger because they are not aggressive and there is no evidence of assault on people. In the 1980s and 1990s, eight tree snakes were found in Hawaii – some alive, others dead, and suspected to have been imported from Guam. Fears are that if this species breeds, it will severely shake the fragile ecosystem of Hawaii. Other snake species are the blind, as big as common worms, most likely coming from the Philippines. To this day, Hawaii has a strict ban on the importation of reptiles and their keeping as pets. Violators can go to jail for 3 years and be forgiven the amount of 200 thousand dollars, which is the amount of the fine. 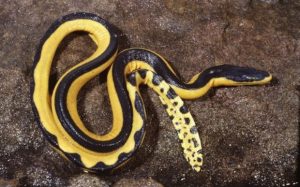 The situation in New Zealand is similar to Hawaii  – the only reptile that is thought to be native to the area is the aforementioned yellow-bellied sea snake. There are also no land snakes in New Zealand and thanks to this there are exotic species of animals and birds. There is also strict legislation banning the import and breeding of snakes.

Other places in the world where there are no snakes are Iceland and Greenland, as well as the colder parts of the planet beyond the Arctic Circle – the northern parts of Canada, Russia, Scandinavia, the Arctic and Antarctica.